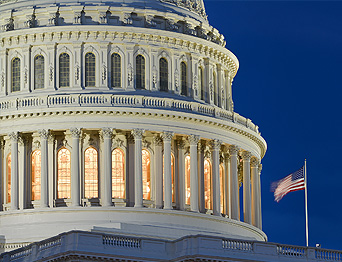 So we have congressional gridlock, the consensus arising from the US midterm elections. With that out of the path can financial markets can go back to fixating on what concerns them? I.e. Federal Reserve policy and US-China trade tension.

These two drivers of market sentiment will demonstrate whether Wall Street and global equities can continue their recent rebound after a brutal performance in October. The election result seems prone to produce a weaker dollar and stable bond yields, which will help.

One profoundly significant result from Tuesday’s split decision— with Democrats taking control of the House of Representatives and Republicans holding a Senate majority — is that the prospect of further fiscal stimulus dims.

When early results on Tuesday night suggested Republicans might carry the House, opening the door to the second round of tax cuts, bond yields jumped and the dollar rallied.

While infrastructure spending may well materialise in the next Congress, one key point to note is that the campaign for the 2020 presidential election now begins. It is debatable that Democrats will further buttress the economy from here on and help Donald Trump’s re-election prospects.

Which means the US economy enters 2019 with a diminishing tailwind from tax cuts. This heightens the chances that the Fed tightening cycle is nearing a conclusion and bond yields are close to a peak.

For international markets, the most prominent reaction is that the dollar’s strong run looks on borrowed time. Whilst for emerging market economies, many loaded with hefty dollar debts, this beckons as good news — and the early response in Asian equity markets and currencies was confident after Tuesday’s election results came in.