Things to know when trading the GBP/USD pair

The GBP/USD Basics and History 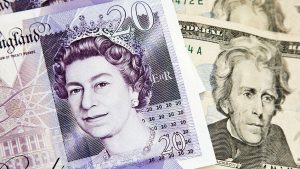 GBP / USD pair has a long history. Trade has been going on between these two currencies for so long that there is no way to state any kind of relative value for an original Pound other than to its Dollar exchange rate.

The pound is the base currency in in this pair meaning that the price is quoted as 1: 1.30 where 1.30 is the US dollar. So in this pair if the d

ollar is rising the trended graph will be falling. The pair is colloquially known as ‘Cable’ after the Atlantic cable which transmitted prices across the ocean floor in the past.

Why is the GBP/USD pair so popular? Well, when this pair breaks it tends to break quite strongly one way or the other. This makes it attractive for day traders and in the London morning it is a big part of the daily trading volume. But GBP/USD often has catching up to do on the news cycle with the activity from the Eastern Session.

A large portion of the historical Forex rates between the two currencies have been governed by the gold standard. The modern concept of the GBP/USD exchange rate didn’t really begin until the early 1970s, in fact. This was when both the US and the UK moved to floating exchange rates.

Jumping forward to 2016 brings us to the Brexit vote. We can see from the historical data from that period just how pronounced the effect of the leave vote was on the value of the Pound. The Brexit vote saw GBP breaching lows not seen in over 30 years of Forex historical data. In fact, it was the weakest the Pound-Dollar rate has been since the low from 1985. The crucial difference is that in the 1980s it was more about Dollar strength, whereas the move in June 2016 was all about Sterling weakness.

Fundamental Analysis
There are several macroeconomic factors which influence GBPUSD exchange rate. The most important ones are:

1. Inflation differentials: consistently lower inflation rate are typically correlated with a rising currency value, as the lower the inflation, the higher the purchasing power of a currency. Countries with higher inflation typically see their currency depreciated against other currencies. High inflation rates are usually accompanied by higher interest rates. Nevertheless, when inflation rate is not particularly high, a mild increase could hint a future interest rates hike by the central bank, which makes domestic stocks and bonds more attractive to international investors. In order to buy them, investors need to have more currency and by the meaning of the simple demand-supply law, that currency appreciates. Rule of thumb: GBPUSD rises when UK inflation is consistently lower than that of the US, unless in a mild inflation environment an inflation increase in the US hints a future hike in interest rates by the FED.

3. Current account balance: The current account is the balance of trade between a country and its trading partners, encompassing all payments for goods, services, interest and dividends. A deficit means the country is spending more than it is earning, and that it is borrowing capital from abroad. The country requires more foreign currency than it receives through exports, and it supplies more of its own currency than foreigners demand for its products. The excess demand for foreign currency lowers the country’s exchange rate. Rule of thumb: GBPUSD rises when current account balance between the UK and the US increases for the UK.

4. Public finance sustainability: Countries with large deficits and debts are less attractive to foreign investors, because a large debt entails high inflation, and if inflation is high, the debt will be serviced and ultimately paid off with depreciated real currency. A government may ‘monetize’ part of its large debt but increasing the money supply inevitably causes inflation. Moreover, if a government is not able to service its deficit through domestic means (selling domestic bonds, increasing the money supply), then it must increase the supply of securities for sale to foreigners, thereby lowering their prices. Finally, a large debt may prove worrisome to foreigners if they believe the country risks defaulting on its obligations. Foreigners will be less willing to own securities denominated in that currency if the risk of default is great. For this reason, the country’s debt rating is a crucial determinant of its exchange rate. Rule of thumb: GBPUSD rises when US public deficit/debt rises more than UK deficit/debt.

5. Growth: Economic growth is always the best variable to measure the wellness of an economy. Investors are attracted by countries with high GDP growth rates, as this suggests higher future yields. Investors need more currency to buy goods, services and securities and, as a consequence the demand for that currency increases. Rule of thumb: GBPUSD rises when UK GDP grows more than US GDP.

Brexit
Brexit has made its mark on the US Dollar to GBP Exchange Rate History but there are as many who believe that sterling may rebound to previous highs as well as those who believe that the suppressed price is here to stay.

For traders the key point is that Brexit and other US Trade relationship news has given this pair tremendous energy and has been a good place to find trend and movement.

When are the best times of day to trade GBP/USD
The pair is traded 24/7 but the key volume and movement is normally found in the London Morning starting at 0600 GMT, which continues through to 1600 GMT sustained by the start of New York trading at 1200 GMT. After this, movement each hour begins to taper off, so there are likely to be fewer big price moves day traders can participate in.

Day traders should ideally trade between 0600 and 1600 GMT. Trading outside of these hours the pip movement may not be large enough to compensate for the spread and/or commissions.

Volatility changes over time. For example, daily average volatility at the time of writing is 78 pips per day. The daily average movement could increase to 100 pip per day, which means each hour is likely to see slightly higher pip movement.

It helps to research issues ahead and attempt to anticipate potential market movements that could be triggered by favourable or unfavourable economic data released in either Great Britain or the United States.