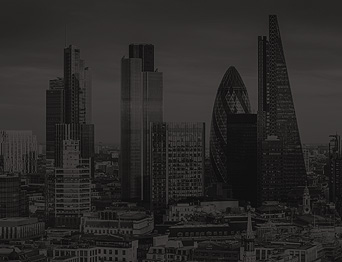 The buzzword at the outset of last year was ‘melt-up’ as US stocks raced almost 3 percent higher in the first week of January. With investors still revelling in the effect of the US tax cut on corporate profits, as January became one of the best months for global equities since the financial crisis.

Yet over the next few weeks, much of January’s rally unravelled, as investors had their first taste that 2018 would be far more volatile than 2017. As would be the situation later in the year, the bond market inflicted the initial damage on equities. An abrupt rise in average US earnings in January provided the dread of inflation, sending bond yields higher. But the deterioration in stocks turned vicious as “inverse-volatility” funds, or those linked to the Vix volatility index that traders used to bet on markets remaining calm, folded.

Their collapse in early February rippled through the US stock market as banks and other traders scrambled to hedge their own positions. It culminated in one of the swiftest 10 percent corrections in history. At the annual January convention of the business and political elite in Davos, Switzerland, US Treasury secretary Steven Mnuchin sent the dollar lower by asserting the administration’s preference for a weaker currency. Although Mr Mnuchin’s remarks were a taste of the trade tensions that would simmer — and periodically erupt — between the US and its trading partners during 2018, talk of a falling dollar had been forgotten by April.

With hopes for both US economic growth and interest rates rising, the dollar began a rally that confounded forecasts. The dollar index, a broad measure of the currency, jumped over 8 percent between the middle of April and mid-August. And a resurgent dollar also proved hazardous for emerging markets, whose bonds, equities and currencies fell in the spring.

And as the pressure on EMs intensified in late spring, investors’ minds were snapped back to developed markets by Italy. The country’s March election saw populist parties Five Star and the League come top, a result largely overlooked by investors. That had shifted by late May as the two parties formed a government. Italian bond yields spiraled higher as investors scrutinised the new government’s spending plans. After a hiatus during summer, Italy was also in investors’ crosshairs in early autumn as the government drew up its debut budget.

The budget, which was disclosed in October, prompted the EU to initiate disciplinary procedures for breaking the bloc’s fiscal rules. While December saw Italian bonds rally in anticipation of a budget agreement that the EU and Rome reached on December 19, but there remains skepticism whether the anxieties are over. Rising bond yields were the original spark for the February squall in stocks, and October witnessed a replay. Bond yields had been rising since the summer, but Federal Reserve chair Jay Powell quickened the sell-off in early October by saying interest rates were “a long way from neutral”.

Investors took that as a hint that the central bank could step up the pace of monetary tightening that had previously brought three rate rises in 2018. That provoked a stock market tremor that gained in vigour and culminated in a sell-off that analysts dubbed “Red October”. Almost all that had performed well earlier in the year was at the centre of the sell-off. European and EM equities had previously endured a bruising 2018, but when the year’s strongest performers dropped, it sent global equities into correction territory, characterized as a 10 percent drop from a recent high.

It was a remarkable rally in the market that began in November that unnerved equities into the end of the year. The yield on the benchmark 10-year Treasury fell from 3.24 percent in early November to 2.75 percent the day after Christmas, as fixed-income investors anticipated slower US expansion in 2019.

With analysts cutting their estimates for corporate earnings, US equities fell significantly. Investors’ angst deepened when the Fed delivered its

fourth rate rise of the year on December 19, and Mr Powell announced the central bank was sticking with a continuous decrease of its balance sheet.

That helped drive the US yield curve, calculated by looking at the contrast between two- and 10-year Treasury yields, to its lowest level since 2007. An inversion of the yield curve — when short-term yields rise above those on longer-dated ones — has shown itself to be an accurate precursor to a recession. While no economists forecast that for the US in 2019, rattled investors ended the year by heading for the exit.