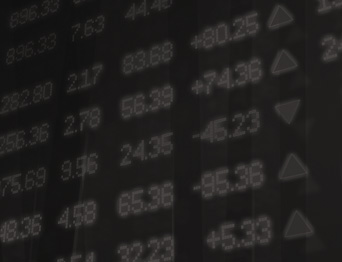 In the financial markets, the advent of the New Year has looked very like the sunset of the old: tense and capricious.

Markets plummeted after Apple warned, late on the year’s first day of trading, of weak iPhone sales in China — crystallising concerns that a Chinese slowdown, aggravated by President Donald Trump’s tariffs, could stiffen the headwinds facing the US corporate sector.

They then bounced last Friday after US jobs growth figures for December smashed expectations, and Jay Powell, the Federal Reserve chair, made emollient noises on interest rates.

Apple’s first revenue warning in 16 years was a flashing red light. It affirmed the degree to which US-China trade tensions are now affecting the real economy in both countries and beyond.

Yet with America’s S&P 500 index now down about 15 percent from its record high in October, there is a possibility that the nerves are overdone or, as Mr. Powell put it, that investors are pricing in downside risks that are “well ahead of the data”. US equity valuations have reached more sensible levels, with the S&P on a forward price/earnings ratio of about 15 times.

Mr. Powell’s insistence last Friday that the Fed is “always prepared to shift policy and shift it significantly” should encourage investors over its preparedness to be less determined on tightening than it had already indicated. That could inhibit other policymakers, including the European Central Bank, from raising rates.

The most reasonable scenario this year of a synchronised economic slowdown in the US, China and the EU is less than auspicious. Yet Friday’s buoyant labour market figures underscored the US economy’s resilience. Even though America’s post-crisis expansion is reaching a record duration, such cycles of expansion usually end through shocks. One is that this fear develops into a self-fulfilling prophesy – that market anxieties lead companies and consumers to cut back spending and investment earlier than they otherwise would, so accelerating the slowdown.

The political risks vary from instability in the Eurozone to failure by the Chinese authorities to use the tools at their disposal to avoid an economic “hard landing”, or from a disorderly UK exit from the EU to an escalation of the US-China trade war.

In these areas, investors must rely on common sense prevailing among policymakers. Given the tempestuous nature of the US president that may be a particular stretch for US-China relations.

Ultimately, however, a further uptick in trade tensions would risk exacerbating the pressures on US business and jobs to the point of subverting the president’s hopes of re-election. For all Mr Trump’s impulsiveness, his lust for a second term could limit the damage he is prepared to do to the US economy.