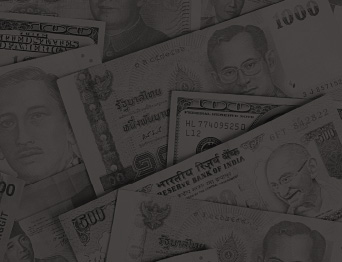 In the worst week for emerging market currencies since the Turkish lira crisis last summer. Emerging market bond and equity funds have encountered significant outflows this week, as negotiations between the US and China have halted. With Washington accusing Beijing of defaulting on trade guarantees, while China on Monday announced it would impose tariffs on $60bn of US imports starting on June 1, knocking investor sentiment further.

China’s offshore renminbi, which is commonly traded in London, stood 0.1 percent weaker at Rmb6.9400 per dollar around the outset of full European trade. It has weakened almost 3 percent over the preceding two weeks as economic hostility between the world’s two largest economies has weighed on the currency.

MSCI’s broad index of emerging market currencies has fallen 0.9 percent since Friday, its biggest drop since August last year when Turkey’s currency was in free fall and a fifth consecutive week of falls. Slipping 0.4 per cent to 1614.22 last Friday morning in London.

The anxiety is also advancing through many of Asia’s trade-sensitive economies. The Singapore dollar has suffered its worst week since October, as the island state’s economy has shown signs of weakening, while the New Taiwan dollar has rung-up its biggest one-week declines since the same time. Amid the risk-off sentiment, emerging market bond funds recorded their largest outflows since June 2018 in the week to May 15.