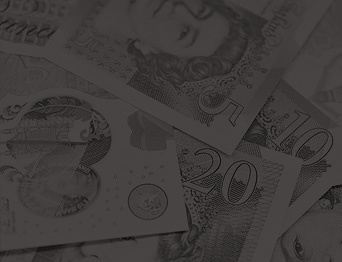 Sterling is holding around the seven-month high it restored this week as investors laid bets the UK looks more likely to escape a no-deal Brexit. But the overall analysis remains ambiguous as to whether the rally will continue. The pound is up 1.7 percent, back above $1.33, since Theresa May outlined the voting choices MPs will have on the terms of the UK’s withdrawal from the EU.  Over the same time, sterling has strengthened by 1.2 percent against the euro.

It was exhibiting symptoms of fatigue against its nearest neighbor on Thursday, edging back on the session by 0.3 percent, with a euro costing £0.8561, but that leaves it around its strongest level against the single currency since May 2017. The levels are leaving investors apprehensive, notably as Westminster’s political intrigues are not ultimately concluded. With risk-reward, the trade-off to buying sterling only becomes attractive (against the dollar) at levels of $1.24 and below and (per euro) at levels of £0.92 because a no-deal hard Brexit remains on the table.

In a hard Brexit scenario sterling could fall to $1.15, or in the run-up to a general election or second referendum, it would be less vertiginous. However, should the pound could plunge from current levels, all of that to say wise investors should probably hedge sterling downside risks over the ensuing weeks.