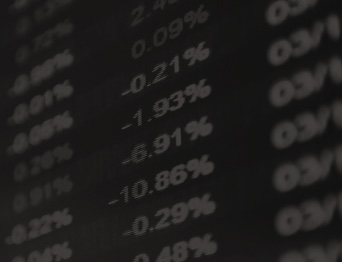 The collapse across asset markets at the conclusion of last year surprised many. Global equities suffered their biggest annual loss since the financial crisis struck over a decade ago when corrected for volatility. US Treasuries experienced merely the fifth negative return in 30 years, and investment-grade credit returns were the weakest since at least the late 1990s.

At the current juncture, markets seem to be pricing in around a 50 percent chance of a recession over the course of the next year. Theories abound about what motivated these ugly returns, despite the magnitude of both current data and portends, indicating low risks of economic shrinkage.

These vary from geopolitical risks such as trade wars and Brexit to maturing monetary policies to mounting risks of economies weakening as they near the end of the cycle. Yet, to paraphrase Albert Einstein: the theory can be distinct from reality.

Geopolitical risks are meanwhile pulling in diverse paths, with uncertainties over trade wars waning a little. Trade disputes serve as a cost on production, lifting the spectre of a major disturbance to highly integrated supply chains.

The path of monetary policy, meanwhile, counts for valuations across asset classes. The recent change in language from the Federal Reserve has allayed fears of the central bank tightening policy significantly.

Markets are not even pricing in a single interest-rate rise this year, down from three as recently as November. US labour markets are tight, but so are financial conditions, and a more circumspect policy stance may be presumed more apposite.

On balance, the hope is that gradual tightening will prevail, pushing bond markets up. A lot of the direction of travel has previously taken place. Even quantitative tightening is three-quarters completed. Although, a sudden steepening of the Phillips curve, suggests rapid inflation is a risk that demands to be followed closely.

Finally, there is the recession risk. Economic cycles do not perish from old age; rather, they are usually precipitated by a tightening in policy required to maintain inflation in check, neither of which is an immediate consideration.

Although this view, which is shared by the Fed, is that there are common risks on both fronts. For illustration, the fiscal defibrillator that was administered to an already overheating US economy in 2018 may invite the central bank to tighten more than it otherwise would have and that is largely priced into markets.