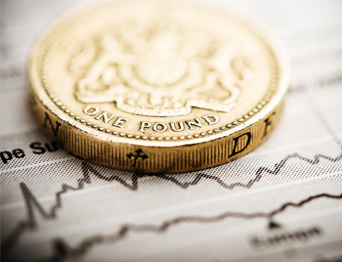 Sterling ascended to a two-week high last week, stimulated by optimism about progress on a Brexit deal. With the pound was 0.3 percent higher and back at a two-week high of $1.3085 following reports that the EU was preparing to back a compromise on the Irish border.

The currency has now climbed 3 percent from its a nadir of $1.2694 at the end of October, undeterred by new economic data indicating the UK services activity is slowing down and the manufacturing sector is undergoing its sharpest slowdown in two years.

With the pound looking set to remain driven by headlines regarding Brexit. And optimism regarding a deal has built up in recent trading sessions. But the currency is still down 9 percent from the year’s high of $1.4376, touched in mid-April.