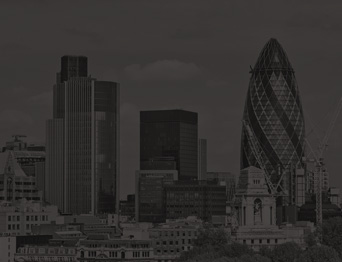 Yesterday, Facebook, the most famous social network in the world, said it was ready to launch its digital currency, named Libra, starting in 2020. The cryptocurrency will allow billions of users of the site designed by Mark Zuckemberg to make worldwide financial transactions. This is an important strategic change for Facebook, which is seeking to expand beyond social networking, e-commerce and global payments. Once Libra will be launched, users will be able to download Calibra, a digital wallet that will be available in Messenger, WhatsApp and as a standalone app.The challenge of Facebook is epochal. If the strategy were to really work, the network would almost certainly become the largest monetary transaction site in the world, at least for C2C, waiting to think about possible developments also for B2B. Not to mention that, at that point, other social networks could work to create their own currency, thus creating a competition between digital currencies that would take away space from traditional fiat currencies. At that point, from a digital commercial bank to a digital investment bank would be a short step. To make the social networks huge commercial banks become and then open up units that deal with investments, for more significant amounts. It would obviously be a revolutionary scenario for the entire global credit system. Social networks like banks, digital currencies instead of traditional currencies, maybe without central banks.

The problems, of course, are big. The first concerns the acceptability of such a system by the global financial establishment. As a de facto competitor to fiat money, Libra would be treated by central bankers and major international institutions – such as the Financial Stability Board – like they treat Bitcoin and other digital currencies currently in circulation, with which regulatory bodies have never been forgiving . Suffice it to recall the words by Mario Draghi or Mark Carney against cryptocurrencies. Libra’s acceptance by the supervisory authority is obviously not granted. Quite the contrary.

The second major obstacle is privacy. With Facebook already being targeted by authorities for various allegations of privacy violations, the introduction of Libra is already drawing the attention of financial regulators and privacy defenders around the world. Facebook is currently facing a $ 5 billion fine from the US Federal Trade Commission (FTC), which opened an investigation in response to the Cambridge Analytica revelation scandal reported for the first time by British newspapers Guardian and Observer.

US and British officials have expressed concern about Facebook’s entry into the financial sector. In May, members of the US Senate Finance Committee wrote to Mark Zuckerberg, asking him to answer questions about privacy and financial regulation. Facebook executives responded that the system will help many millions of people without bank accounts, who will be able to enter the banking world and send money more easily thanks to access from mobile phones.