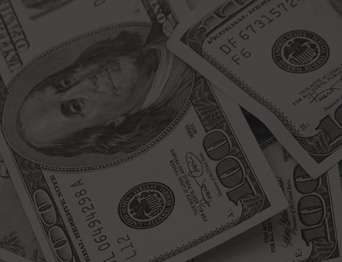 Much of the bias around the recent direction of the US dollar has been bullish. Sweeping corporate tax cuts, the US Federal Reserve’s diverging monetary policy against the rest of the developed world and good economic factors helped influence its ascent in 2018.

Lurking beneath, nevertheless, are cyclical shortcomings that could drag on the currency and jeopardize its soundness as a haven in the next global downturn. If this transpires, options such as the Japanese yen could present as good as, or stronger, portfolio insurance.

While structural concern over the dollar has endured for decades, what is distinctive is that major levers that drive supply and demand for US government bonds are negative for the dollar.

The publicly held US federal debt amount is predicted to swell to 100 percent of gross domestic product by 2030 from 78 percent in June 2018, according to the Congressional Budget Office.

Historically, investors have swept aside rising US debt because of huge foreign demand for Treasuries, led by China’s zeal to expand foreign exchange reserves to further stabilise its currency and economy.

Reserves, however, are no longer in their growth stage: a principal source of funding for US Treasuries is drying up. In the short to medium term, the motivations for foreign reserve funds to extend dollar exposure are significantly curtailed as the US tries to reduce trade deficits, for example by levying higher tariffs, especially with China.

President Donald Trump’s intentions to steer foreign trade policies in his favour may unwittingly subvert the dynamics required to bolster his fiscal policies. The basic weaknesses for the dollar are coupled with cyclical challenges.

The dollar’s behaviour has not been as consistent as investors expect, given the tailwinds in its favour. In the first quarter of 2018, for example, the dollar spot price as calculated by the US Dollar Index (DXY) declined by as much as 4.25 percent.

That trend proved short-lived however but the dollar may soften again this year. US growth appears robust but the liquidity cycle is shifting. The Fed is further advanced than other central banks in dismantling the unconventional monetary policies of the post-financial crisis era.

A confluence of increased volatility and depreciation would place pressure on the dollar’s haven status. This scenario could ensue if US growth versus the rest of the world looks to be increasingly challenged, the Fed makes a policy lapse or volatility rises for US assets. Treasury government bonds in particular.

American exceptionalism has attracted huge volumes of foreign capital to its shores but market dynamics are shifting.